“Photographers deal in things which are continually vanishing and when they have vanished there is no contrivance on earth which can make them come back again.” – Henri Cartier-Bresson

Part of being a photographer is having an intuitive understanding of how a given combination of settings on the camera will not only achieve a technique but also knowing when to employ it. The dedication and opening of the Class of 1965 Arena on inauguration and homecoming weekend was a widely anticipated event that drew in much of the student body and also alumni from around the country. My vision was to capture the building in al of its grandeur in twilight while there was still some light in the sky and also to have the building lit up. I also wanted to capture not only the fans entering the building but also wanted to depict time in the photo by capturing their motion as they entered. I borrowed a ladder and placed it in the parking lot, climbed to the top, set my camera on a slower shutter speed (1/2 sec.) and waited for a group of hockey fans to enter. Luck paid off because at the same time a row of fans entered, a car also passed by adding to the color palette and motion in the image.


Hockey fans enter the brand new Class of '65 Arena on the day of its grand opening as Colgate takes on Navy in men's hockey October 1, 2016 in Hamilton, N.Y. 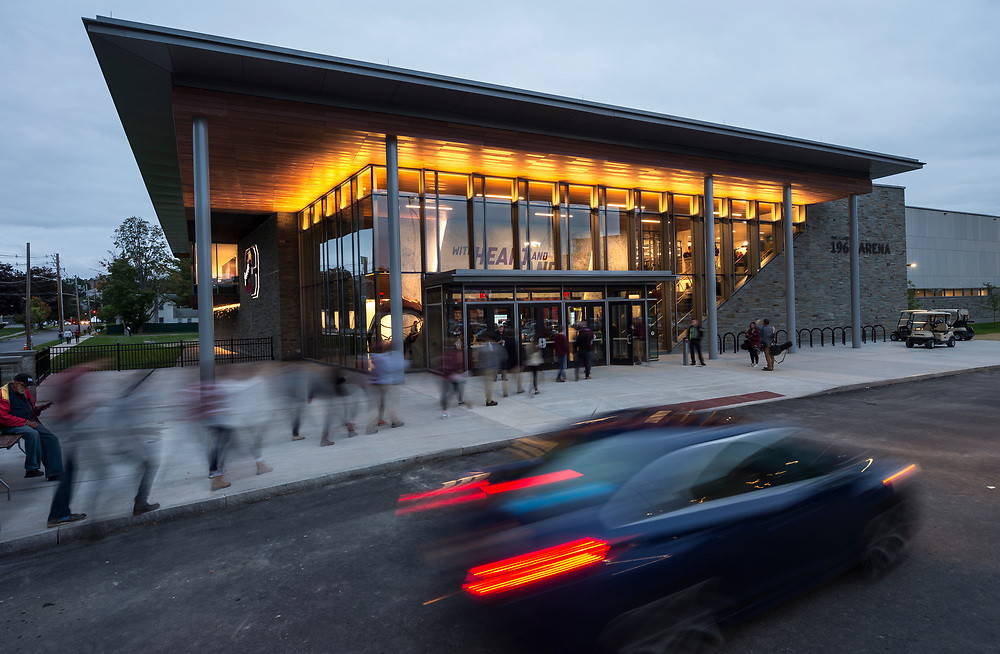